How we built the Universe’s most Amaazing AI 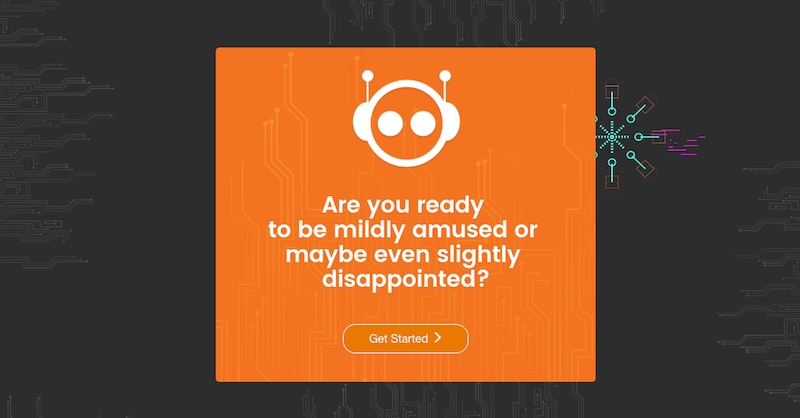 When AWS first approached us about sponsoring the AWS Sydney Summit 2017 we, of course, jumped at the opportunity. We decided we wanted to showcase something unique that grabbed people’s attention and highlighted the value of the AWS platform. The outcome? A Rube Goldberg machine, take something simple and make it as unnecessarily complex as possible.

To begin with, we mapped out the user journey starting from them walking up to our booth:

Before we jumped into it, we identified 2 key risks that could have derailed our plan for building the world’s most AAmazing AI:

First stop was to experiment with AWS Rekognition, we wanted to make sure we can easily and accurately detect when someone is smiling. After using AWS’ demo, although there were some inconsistencies (e.g. always thinking I was smiling, no matter what face I pulled), we were fairly confident we could do what was needed. 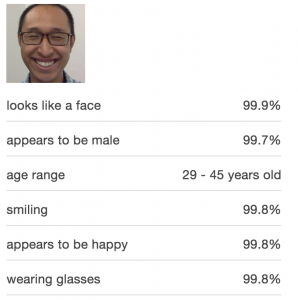 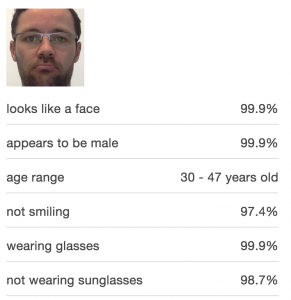 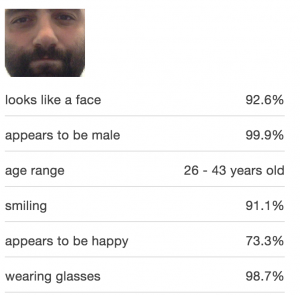 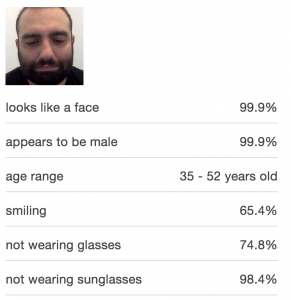 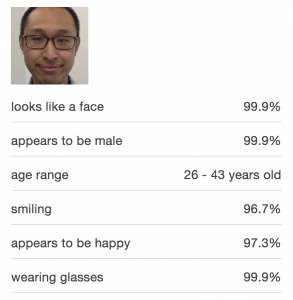 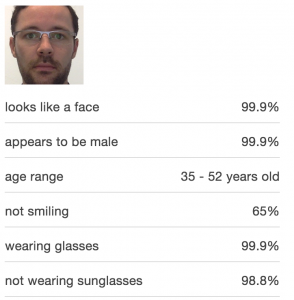 The next bit was to build the machine learning. We simply wanted to ask: for a given business card can you pick a joke where the person smiles with a confidence of 0.9. We started with designing our data structure 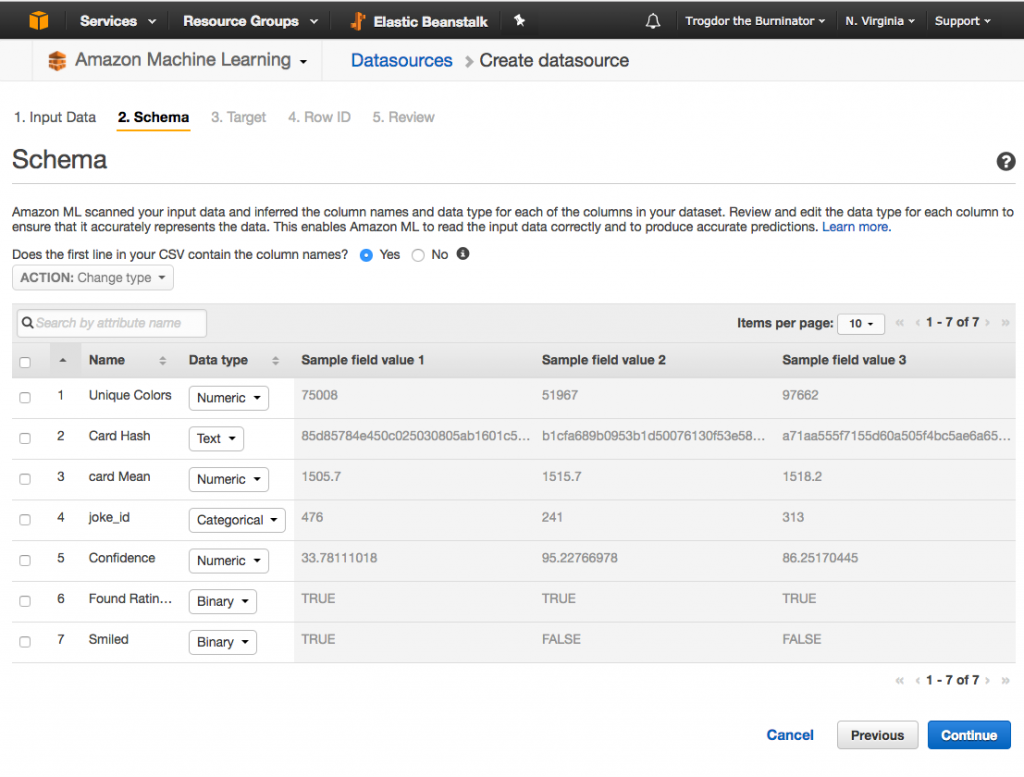 Finally, we needed some data to train our AI, so we used a tested and proven scientific method: make it up. 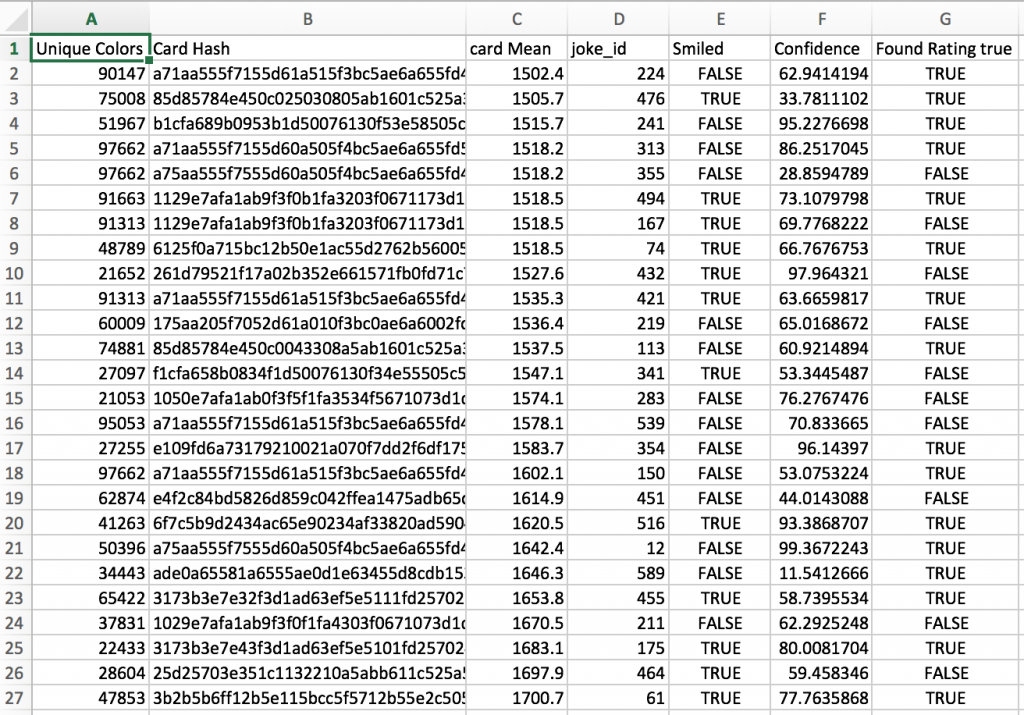 Now that we were confident we could use AWS Rekognition and AWS Machine Learning, we went back to the beginning and started building out our API while our designer created some mock-ups.

We wanted to take a serverless approach so decided to use AWS API Gateway and AWS Lambda. The frontend would take a photo, post it to AWS API Gateway, which would, in turn, trigger a simple Lambda function that would:

Next step was to display the joke to the user and take a photo of their face as they are reading the joke. This is where we ran into a small problem, we had no real way to determine when the photo should be taken, we explored a few ideas like taking multiple photos and creating a score out of their results. However, at the end, we settled on a much simpler solution: break the joke into 2 parts and take a photo of the user after displaying the punch line. It worked well enough for what we were trying to achieve.

We then submitted this photo to another Lambda function, that would:

We now had a way to: take a picture of someone’s business card, analyse it, pick a joke using machine learning, display the joke and determine if the person was smiling.

The last step was to display this to the user and get their feedback. Rekognition would tell us if it detected a person smiling in the photo and the confidence level of its detection. We displayed this to the user and asked them to rate the performance of our AI by either agreeing or disagreeing with the results. The user’s feedback was then submitted back to AWS ML to further train the AI.

And that was it. Here it is, in all it’s glory, The Universe’s Most AAmaazing AI in action:

All in all the engineering part of the world’s most amazing AI took about 2-3 days to build. It gathered a lot of attention during the AWS Summit and it was a great way to show how simple it is to quickly create powerful prototypes using AWS services.
In the end, the toughest challenge was finding enough conference appropriate jokes.